Join us at Uncanny Spaces, a series of talks about ML and creativity. 🚀

80% of predictions complete within 137 seconds. The predict time for this model varies significantly based on the inputs.

This is a cog implementation of https://github.com/wuqiuche/micromotion-styleGAN

Grasping the Arrow of Time from the Singularity: Decoding Micromotion in Low-dimensional Latent Spaces from StyleGAN

This is the official implementation of the paper "Grasping the Arrow of Time from the Singularity: Decoding Micromotion in Low-dimensional Latent Spaces from StyleGAN".

In this work, we hypothesize and demonstrate that a series of meaningful, natural, and versatile small, local movements (referred to as “micromotion”, such as expression, head movement, and aging effect) can be represented in low-rank spaces extracted from the latent space of a conventionally pre-trained StyleGAN-v2 model for face generation, with the guidance of proper “anchors” in the form of either short text or video clips. Starting from one target face image, with the editing direction decoded from the low-rank space, its micromotion features can be represented as simple as an affine transformation over its latent feature. Perhaps more surprisingly, such micromotion subspace, even learned from just single target face, can be painlessly transferred to other unseen face images, even those from vastly different domains (such as oil painting, cartoon, and sculpture faces). 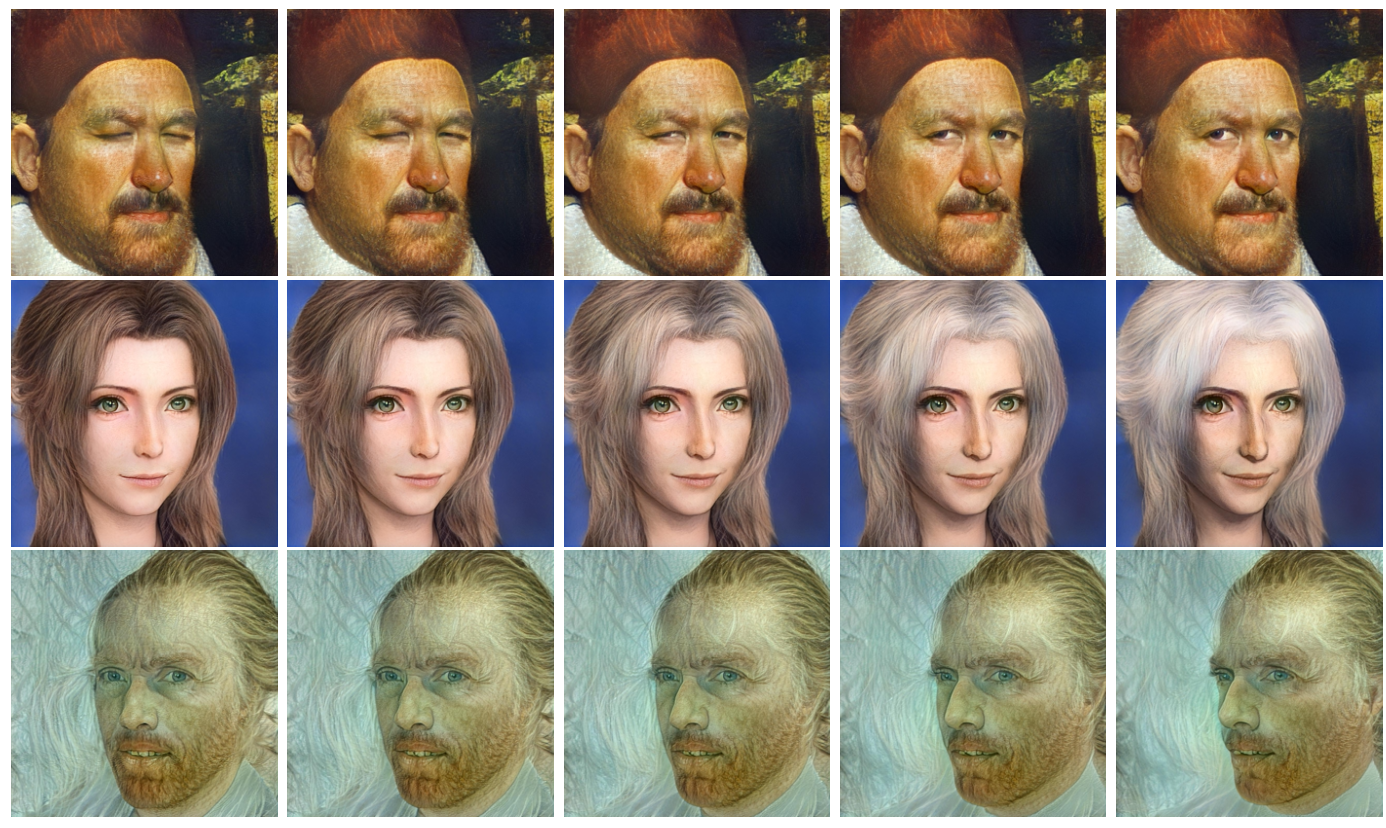 Our complete workflow can be distilled down to three simple steps: (a) collecting anchor latent codes from a single identity; (b) enforcing robustness linear decomposition to obtain a noise-free low-dimensional space; (c) applying the extracted edit direction from low-dimensional space to arbitrary input identities. 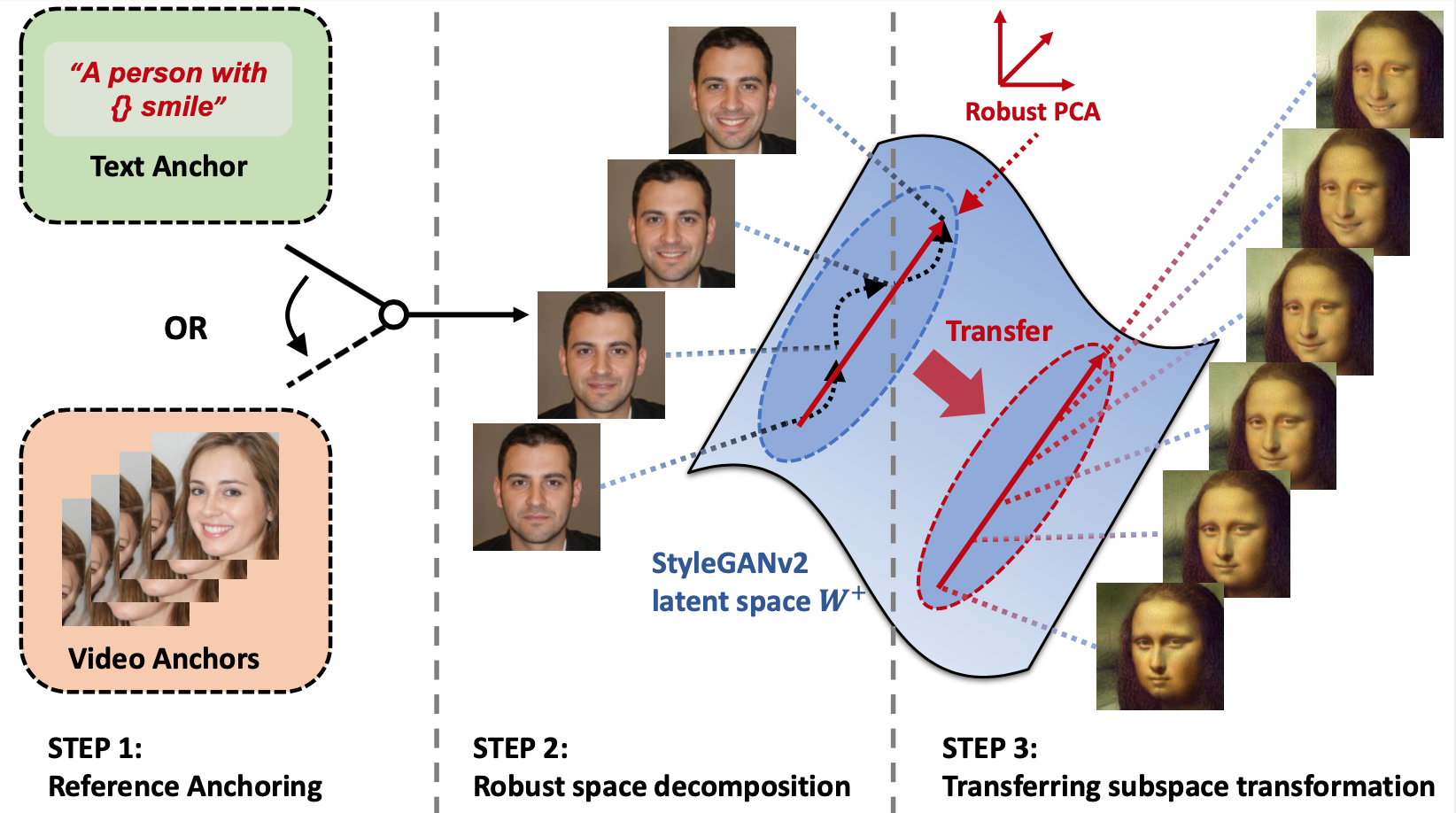